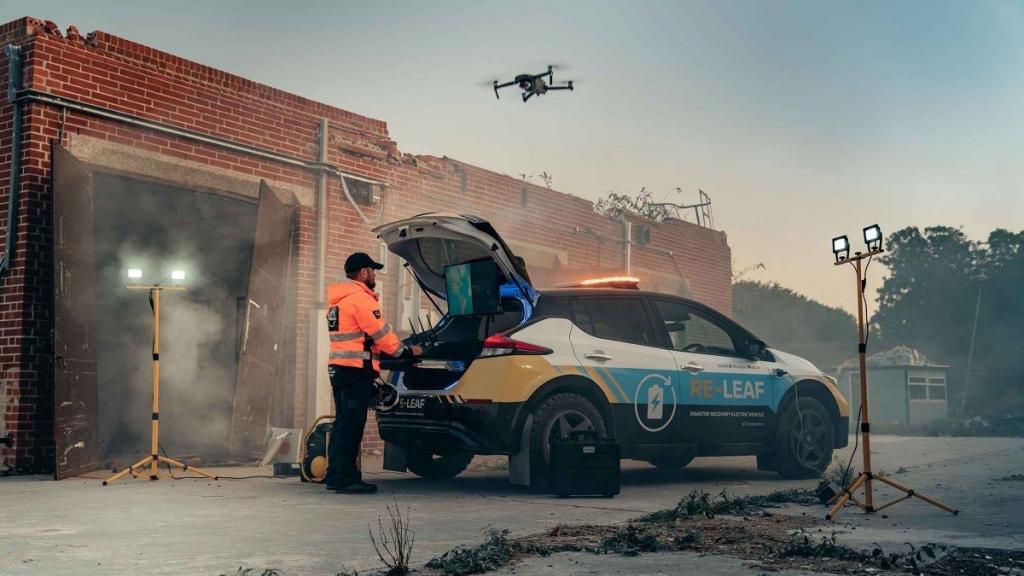 Nissan has been using its LEAF passenger car since 2011 in Japan to provide emergency power and transportation in natural disasters and has already formed partnerships with more than 60 local governments to support disaster relief efforts. Its celebrated LEAF has the particularity to be an EV that can act as a portable power station.

Indeed, the LEAF can not only ‘pull’ power to recharge the high-capacity battery, but also ‘push’ it back to the grid through V2G (Vehicle-to-Grid), or directly to electronic devices through V2X (Vehicle-to-everything) technology.

The latest generation LEAF e+ has also the sheer power to do the job: with a fully charged 62 kilowatt-hour (kWh) battery, it can provide enough electricity to power the average European household for…six days!

It was therefore only a matter of time before Nissan developed a working prototype, introduced last September in Paris. This RE-LEAF sits higher on its bigger tires, to make it able to drive on debris-ridden roads and terrain, and is equipped with extra’s like outside electricity plugs. The integrated energy management system can run medical, communications, lighting and other life-supporting equipment. For example, it can run an Intensive Care Medical Ventilator and/or a 100 watt LED flood light for a full 24 hours. Impressive!